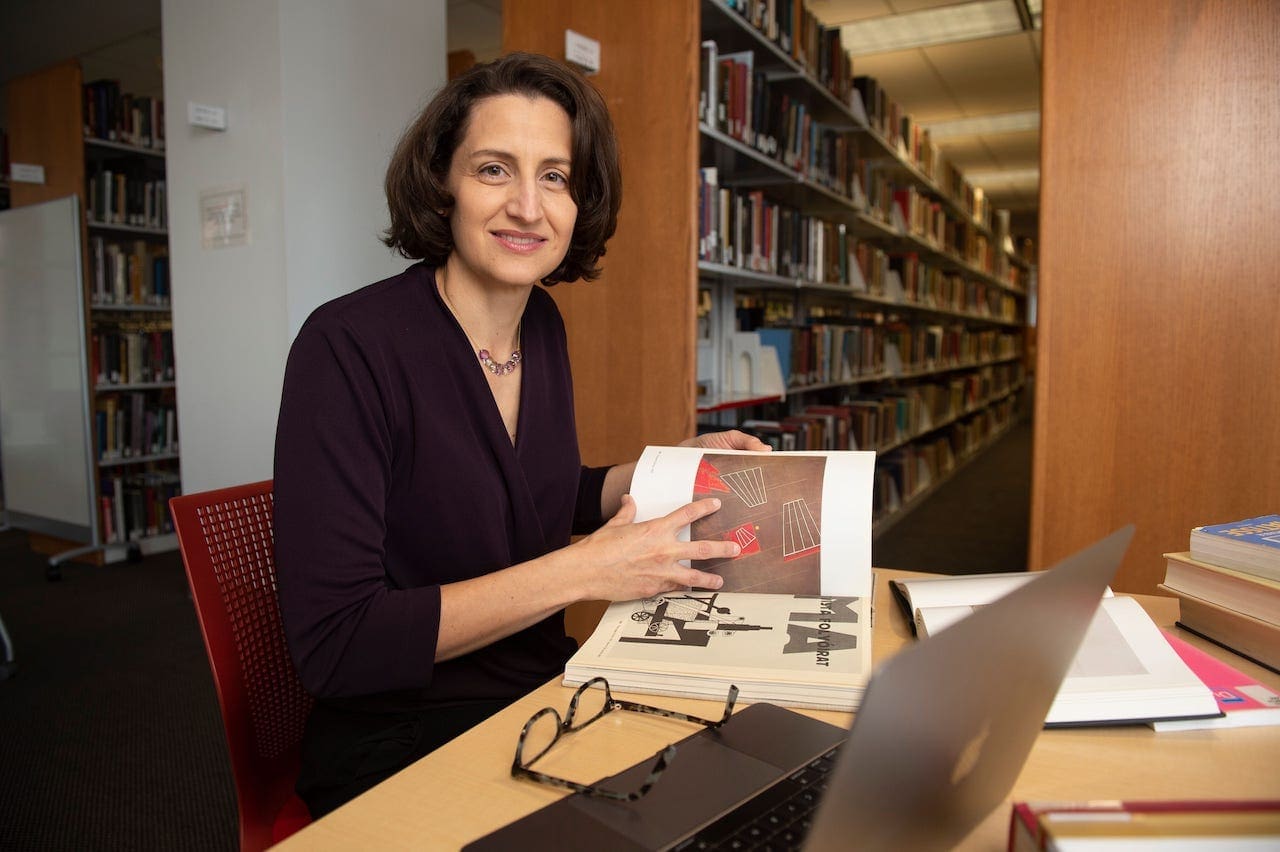 Lisa Siraganian is the J. R. Herbert Boone Chair in Humanities, Associate Professor, and Chair of the Department of Comparative Thought and Literature.

A scholar of legal theory and the humanities as well as twentieth and twenty-first century American and Anglophone literature, visual art, and film, she is the author of two monographs. Modernism and the Meaning of Corporate Persons (Oxford 2020), offers the first multidisciplinary account of corporate personhood, exploring how disputes over corporate intention provoked conflicting theories of personhood, race, meaning, and interpretation still debated today. Awarded the Modernist Studies Association 2020 Book Prize for the “book that made the most significant contribution to modernist studies,” Modernism and the Meaning of Corporate Persons also won the Modern Language Association’s 2021 Matei Calinescu Book Prize, “stand[ing] out as a game-changing work… a stellar example of critical legal thinking in dialogue with literary theory.” Ranging from the legal analysis of Oliver Wendell Holmes, Jr, Frederic Maitland, and Harold Laski to the creative writing of Gertrude Stein, F. Scott Fitzgerald, and George Schuyler, the book explores how the speaking corporation exposed a fundamental philosophical question about collective intention, extending beyond the law and essential to modern American literature. (Read a blog post about it here.)

Modernism's Other Work: The Art Object's Political Life (Oxford 2012), Siraganian’s first book, was shortlisted for the Modernist Studies Association Book Prize (2013), and asked how art objects such as paintings, poems, or films relate to the spectator or reader on the other side of the conceptual frame. Reorienting our understanding of twentieth-century literature, that book demonstrated that for writers such as Wyndham Lewis, William Carlos Williams, Elizabeth Bishop, Charles Olson, Williams Gaddis, Amiri Baraka, and others, the status of the art object’s freedom aligns with the reader’s individual liberty within the state.

Recently named a new co-editor of The Norton Anthology of American Literature, Tenth Edition, Siraganian is the dedicated editor of Volume D (1914-1945), forthcoming later this year. Her scholarship has been supported by the American Academy of Arts and Sciences and the American Council of Learned Societies, and she was the recipient of an Andrew W. Mellon Foundation New Directions Fellowship that funded the completion of her J.D. law degree in 2019. Her essays have appeared in book collections as well as in academic journals such as American Literary History, Modernism/Modernity, Law and Literature, Amerikastudien/ American Studies, nonsite, Post45, and elsewhere. She frequently publishes on television and film, including the work of directors such as Sergei Eisenstein, Atom Egoyan, and Ang Lee.

Siraganian teaches undergraduate and graduate courses on a variety of topics, including classes such as “Business Fictions,” “What is a Person? Humans, Corporations, Robots, Trees,” and “Theory, Now and Then: Autonomy, Form, Critique.” Her graduate students have written dissertations on a wide range of topics, including: American modernist poetry’s responses to early photography and film; the poetics of escape in twentieth-century American poetry; representations of labor in 1970s feminist art and poetry; and theorizations of contemporary American novels about speculation. She welcomes dissertation students interested in working with her on modernism (broadly conceived), American poetry and novels, law and humanities, or other multidisciplinary approaches to aesthetics. Modernism and the Meaning of Corporate Persons