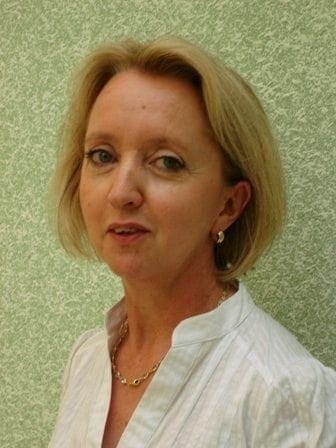 Evelyne Ender holds a Doctorat ès lettres in Comparative Literature from the University of Geneva, where she taught for several years. She has held visiting appointments at Yale, Harvard, and MIT, was Professor of French at the University of Washington in Seattle, and until recently held professorial appointments at Hunter College and in the Ph.D. programs of French and Comparative Literature at CUNY Graduate Center (New York). She recently served on the editorial board of PMLA, where she coordinated with Deidre Lynch (Harvard University) a forum on Theories and Methodologies entitled “Learning to Read” (May 2015, vol. 130). Her latest PMLA project involves another collaboration towards a forthcoming issue for PMLA entitled Cultures of Reading.

Professor Ender is the author of Sexing the Mind: Nineteenth-Century Fictions of Hysteria (1995) and of Architexts of Memory: Literature, Science, and Autobiography (2005), winner of the MLA Aldo and Jeanne Scaglione Prize for Comparative Literary Studies. She has published widely in English and French, for example on déjà-vu for a special issue of Science in Context, and on illness in Henry James’ The Wings of the Dove for The Blackwell Companion to Henry James. “Homesickness in an Expanding World: The Case of the Nineteenth-Century Lyric” appeared in the French version of French Global: A New Approach to Literary History in her own translation and her essay on Antigone appeared in Soeurs et Frères dans la littérature française du XIXe siècle. She has written on nineteenth-and twentieth century authors and thinkers such as George Eliot, Thomas Hardy, Virginia Woolf, George Sand, Flaubert, Nerval, Amiel, Proust, Annie Ernaux, Sartre, and Freud on issues relating to desire, masculinity, narcissism, trauma, narrative, and embodiment. Written jointly with Serafina Lawrence, her most recent book chapter, “Inside a Red Cover: Proust and the Art of Reading,” proposes a reflection on reading, affect, and memory in the era of cognitive science (Proust and the Arts, CUP, 2015).

Professor Ender has taught courses, graduate and undergraduate, on such topics as gender and illness, literature and psychoanalysis, French literary theory, memory, hysteria, theories of writing, philosophical and critical approaches to reading. She is finishing a book manuscript on handwriting, graphology, and manual inscription as a way of approaching issues of literary creativity in the age of word processing, with the working title of Hand Writing.