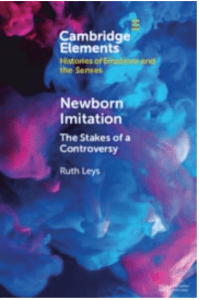 Newborn imitation has recently become the focus of a major controversy in the human sciences. New studies have reexamined the evidence and found it wanting. Imitation has been regarded as a crucial capability of neonates ever since 1977, when two American psychologists first published experiments appearing to demonstrate that babies at birth are able to copy a variety of facial movements. The findings overturned decades of assumptions about the competence of newborns. But what if claims for newborn imitation are not true? Influential theories about the mechanisms underlying imitation, the role of mirror neurons, the nature of the self and of infant mental states, will all have to be modified or abandoned if it turns out that babies cannot imitate at birth. Newborn Imitation: The Stakes of a Controversy offers a critical assessment of those theories and the stakes involved.