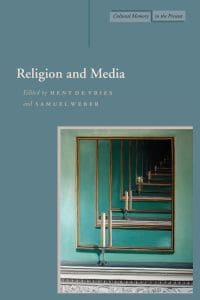 The latter part of the twentieth century saw an explosion of new media that effected profound changes in human categories of communication. At the same time, a “return to religion” occurred on a global scale. The twenty-five contributors to this volume―who include such influential thinkers as Jacques Derrida, Jean-Luc Nancy, Talal Asad, and James Siegel―confront the conceptual, analytical, and empirical difficulties involved in addressing the complex relationship between religion and media. The book’s introductory section offers a prolegomenon to the multiple problems raised by an interdisciplinary approach to these multifaceted phenomena. The essays in the following part provide exemplary approaches to the historical and systematic background to the study of religion and media, ranging from the biblical prohibition of images and its modern counterparts, through theological discussion of imagery in Ignatius and Luther, to recent investigations into icons and images that “think” in Jean-Luc Marion and Gilles Deleuze. The third part presents case studies by anthropologists and scholars of comparative religion who deal with religion and media in Indonesia, India, Japan, South Africa, Venezuela, Iran, Poland, Turkey, present-day Germany, and Australia. The book concludes with two remarkable documents: a chapter from Theodor W. Adorno’s study of the relationship between religion and media in the context of political agitation (The Psychological Technique of Martin Luther Thomas’ Radio Addresses) and a section from Niklas Luhmann’s monumental Die Gesellschaft der Gesellschaft (Society as a Social System).