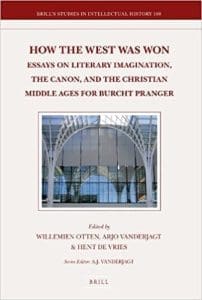 How the West Was Won contains articles in three main areas of the humanities. It focuses on various aspects of literary imagination, with essays ranging from Petrarch to Voltaire; on the canon, with essays on western history as one of shifting cultural horizons and ideals, and including censorship; and on the Christian Middle Ages, when an interesting combination of religion and culture stimulated the monastic and intellectual experiments of Anselm of Canterbury and Peter Abelard. The volume is held together by the method of persistent questioning, in the tradition of the western church father and icon of the self Augustine, to discover what the values are that drive the culture of the West: where do they come from and what is their future? This volume is a Festschrift for Burcht Pranger of the University of Amsterdam.