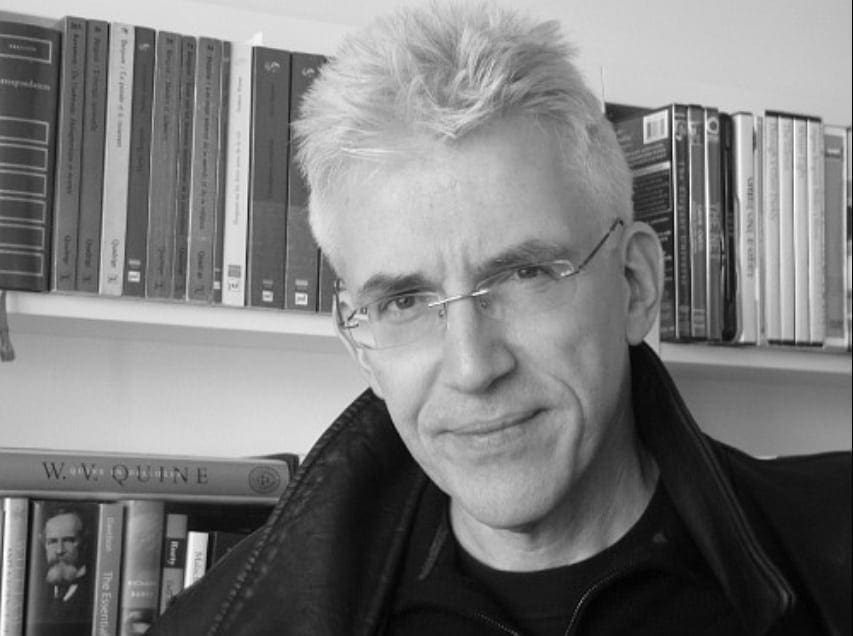 Professor Emeritus of the Humanities

Hent de Vries is Paulette Goddard Professor of the Humanities at NYU where, since 2017, holds appointments as Professor of German, Religious Studies, Comparative Literature, and Affiliated Professor of Philosophy. In addition, he is currently serving his second term as Director of the summer School of Criticism and Theory at Cornell University (SCT), Ithaca, a role he assumed in 2014.

De Vries is the author of seven monographs and the editor and co-editor of ten multi-author volumes (see Select Publications below). Since 1994, he serves as Editor of the book series Cultural Memory in the Present, published by Stanford University Press, which has so far brought out some two hundred original titles and translations of theoretical works in the humanities and social sciences.

In late 2022, a Festschrift with an extensive informative introduction and some fourteen critical responses to his work by distinguished scholars in philosophy, religion, history, politics, and literary studies, including a complete bibliography of his writings, was published under the title Religion in Reason: Metaphysics, Ethics, and Politics in Hent de Vries. To this volume, de Vries added a lengthy rejoinder, summarizing his scholarly projects thus far while charting some new directions.

De Vries served as Chair of the interdisciplinary program The Future of the Religious Past: Elements and Forms for the 21st Century, sponsored by The Netherlands Organization for Scientific Research (NWO), whose councils for the Humanities and the Social Sciences granted a proposal conceived and drafted under his direction a sum of 5.4 million Euros in support of advanced research and international workshops at ten Dutch universities. The program financed fifteen research teams and spanned the period from 2002 through 2013. De Vries was the General Editor of five collective volumes with proceedings resulting from the program. From NWO, he further received a grant for the organization of three international workshops on Political Theologies, co-funded by Harvard’s Center for the Study of World Religions (CSWR) and ASCA, in 2001, 2003, and 2004.

From 2006 through 2009, de Vries was an official advisor to the Netherlands Scientific Council of Government Policy (WRR), which reports to the Prime Minister and is located in The Hague. As a member of its project group on Faith in the Public Domain, he contributed to its report which was the basis for the WRR’s policy recommendations to the Dutch government in 2008. Although a US citizen, he is currently a member of the international Board of the public and legal advocacy group for Dutch expats, the Foundation for the Dutch Outside the Netherlands (SNBN).

From 2010 through 2014, de Vries was the Chair of the Council of the Human Sciences at the Fetzer Institute in Kalamazoo, Michigan. This council consisting of fifteen international members of professional organizations was sponsored as part of this non-academic institute’s ambition to “foster awareness of the power of love and forgiveness in the emerging global community.” During this period, the council disbursed a total funding amount of $ 1 million to support a wide variety of projects, among them an Arabic spoken radio soap opera focused on Palestinian youth in East Jerusalem, an Afghan women’s poetry writing project, an arts project of the Sant Atizana Matenwa women’s collective in a remote Haitian village, a comparative documentation project on social activism and service in Brazil, Cuba, and the United States, an innovative curriculum of the Fundación para la Reconciliación, allowing it to expand its ESPERE program from Colombia into four other Latin American countries, a documentary film on John Lewis, a reconciliation project in Myanmar, and a philosophy summer school in Ukraine. As a result of the council’s work, de Vries co-edited a multi-author volume, published in 2015 and entitled Love and Forgiveness for a More Just World.

In the context of Fetzer's project, de Vries was further a consultant of the production team of Jumping Pages Inc. for the award-winning iPad and mobile phone app and animated, interactive children's game, Maggie and her Magical Glasses.

At Johns Hopkins, Hent de Vries served as an affiliated faculty member of The Leonard and Helen R. Stulman Jewish Studies Program in the Zanvyl Krieger School of Arts and Sciences. He was a member of the Board of Directors of the Program for the Study of Women, Gender, and Sexuality (WGS) and he served as a member of the Steering Committee of the Center for Advanced Media Studies (CAMS) and of the Dean's Islamic Studies Group and, from its foundation, committee overseeing the Islamic Studies Program.

From 2012-2014, de Vries was an invited member of a two-year long explorative seminar, with participants drawn from universities, think tanks, government agencies, and news media, sponsored by the Global Politics and Religion Initiative (GPRI) to promote the study of religion and international affairs at the Johns Hopkins University's Paul H. Nitze School of Advanced International Studies (SAIS). The project culminated in a special 2017 journal issue of the The SAIS Review of International Affairs on The Future of the Religious Party.

Currently, de Vries is completing several book-length studies, including a planned eventual trilogy, incorporating his earlier work on the topic: Of Miracles, Events, and Special Effects; Miracle Workers of the Eleventh Hour; and Out of the Ordinary: Moral Perfectionism, Religion, and the Case for Deep Pragmatism. Two further studies, conceived before and after this long term project and entitled Instances in the Literatures of Time and Spiritual Exercises: Concepts and Practices, respectively, are in preparation.

His teaching focuses on modern European thought, but it reflects other interests as well. He offers undergraduate courses and graduate seminars on the history and critique of metaphysics, philosophies of religion, political theologies, concepts of violence, religion and media, the tradition of spiritual exercises and of moral perfectionism as well as on literature and the question of temporality. Love and Forgiveness for a More Just World (Religion, Culture, and Public Life) Paul and the Philosophers How the West Was Won: Essays on Literary Imagination, the Canon, and the Christian Middle Ages for Burcht Pranger

Religion: Beyond a Concept (The Future of the Religious Past) Minimal Theologies: Critiques of Secular Reason in Adorno and Levinas

Religion and Violence: Philosophical Perspectives from Kant to Derrida Philosophy and the Turn to Religion “Out of the Ordinary: The Everyday Revisited,” School of Criticism and Theory public lecture series at Cornell University, July 20, 2015.

“The Events of the Arab Spring and the Dual Optics of Political Vision,” Keynote Address at the Conference on “Islamic Media: The Sense and Sensation of Religion,” Duke University, October 4, 2013.

“Inverse versus Dialectical Theology: The Two Faces of Negativity and the Miracle of Faith,” Plenary Lecture at the School of Criticism and Theory at Cornell University, July 16, 2012.

“Of Old and New Archives: Sites for Philosophical Fieldwork,” Lecture at the Conference on “Rethinking the Human Sciences,” Institute for Comparative Literature and Society, Columbia University, New York, March 30, 2012.

Contribution to the panel on ‘World Religions,’ Center for the Study of World Religions 50th Anniversary Symposium, Harvard University, April 16, 2010 (starting at 53’45”).