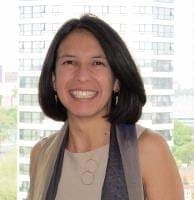 I am a scholar of Russian literature and cinema from the era of the classic Russian novel through the modern period, with particular interests in Russian realism, modernist prose, revolutionary culture, and socialist realism. I am also an interdisciplinary comparatist, working on a variety of media and texts in Russian, English, French, and German to engage questions at the intersections of literature and philosophy, gender theory, film phenomenology, and theories of spectatorship. I am above all interested in how works of art engage their audiences and the forms and modes of community created by that engagement. I am equally concerned to historicize and problematize these questions in comparative literature and film studies by bringing to the fore the fraught conceptions of collectivity and subjectivity that Russian writers, film makers, and other political actors have pursued over two centuries in deep tension with the Western liberal tradition. As the Russian case demonstrates with particular force, both community and subjectivity are unthinkable without the work of gender, and I strive to speak through and to gender theory in my work as well. Finally, in taking up these questions of community and spectatorship, I seek to contribute not only to theoretical and comparative conversations in the humanities, but also to speak to urgent ethical and political questions of today. At a moment when many in the humanities are eager to find a path past the liberal subject to new forms of connection and community, my work places a deeply historicized engagement with Russian and Soviet culture and larger questions in dialogue with the critical insights of gender theory and the phenomenology of readership and spectatorship to yield critical perspectives on our dreams of community and unmediated connection. Current projects include a book project entitled “The Special Effects of Soviet Wonder,” and a collaborative research project called “Invitation to the Masses: The Russian and Iranian Revolutions and their Arts of Persuasion.”